Overweight Bags – When is it worth to ship them ?

You’re packing equipment for a presentation or maybe a ski vacation, and you know your luggage is going to tip the scales.

Should you plunk down the cash airlines charge when luggage is overweight, or ship your heavy bags instead?

Feelings are pretty strong, whichever side you come down on.

“If it’s only five pounds overweight, you might want to take out five pounds and put it in your purse,” says George Hobica of Airfarewatchdog.com. “But in most cases, it’s going to be cheaper to ship it. There are very few (times) where it’s more advantageous to pay the airlines, because the overweight charges are pretty onerous now.”

According to an airline comparison done by Airfarewatchdog, overweight luggage fees on domestic flights can soar as high as $200 one way for a bag between 71 and 100 pounds.

Spokesman Rahsaan Johnson says the prices are ” competitive with what shipping companies charge for items of similar size and weight.”

But Richard Yamarone, an economist who lives in Maplewood, N.J., says shipping is often less expensive, and it’s what he often prefers.

“Ship away your headache,” says Yamarone, who travels frequently for work, as well as to pursue his hobby of fly fishing. “The comparatively low cost of sending heavy gear, equipment, clothes, boots and outerwear is well worth (it). All you have to do is board the plane with your iPhone, knowing that everything is waiting for you in the hotel room or lodge. That’s peace of mind, and worth any price.

UPS bases its prices on an item’s weight, how far it’s going and the transport method the sender chooses, such as ground vs. air service.

Its online cost calculator can help travelers figure out the best deal, which likely involves planning to ship your luggage well before your trip, and choosing ground delivery.

“Obviously, if you need to overnight something, that costs more than ground shipment,” says Chelsea Lee, spokeswoman for The UPS Store.

But, she says, “if you can plan in advance, or know you usually have a heavy bag, you’ll definitely have a cost savings as opposed to paying the oversize charge. A couple of days in advance can mean real savings.”

Travelers can have their suitcases delivered to their destinations, Lee says.

Or, they can consider one of  UPS’s luggage boxes, which come in two sizes. Travelers can put their suitcase in the container, or pack their clothes and personal items directly inside, saving money on weight, since an empty suitcase, on average, weighs 10 pounds. The luggage boxes, by comparison, weigh roughly three or four pounds, says Lee.

Sending the small luggage box, which can hold up to 55 pounds, by ground from Los Angeles to New York City, would be $79.55, Lee says, and it would cost $47.99 to send the same package from Chicago to New York.

A large luggage box, which can hold up to 85 pounds, would cost the sender $102.75 for ground delivery from Los Angeles to New York City, and $76.15 from Chicago to New York City.

FedEx is another delivery alternative, with large puncture-resistant plastic bags to hold luggage, even a special box for golf clubs.

“If you know you’ve got your family vacation,” says FedEx spokesman Scott Fiedler, and “you know everything that your family needs, especially if you have children, (FedEx) might be something to look into.”

Tony Tillman, who travels the country training businesses on software and lives in Burbank, Calif., says that he makes a decision on whether to ship or check heavy luggage based on when he needs it and how much it’ll cost him.

“Sometimes, shipping is cheaper than airline fees, and sometimes, it’s not,” Tillman says, adding that shipping becomes a personal expense, since his employer won’t pick up the cost.

Still, if he’s got some extra clothing or shoes that send his bags over the 50-pound mark, when overweight fees usually kick in, he’ll often opt for UPS or FedEx ground.

“If I’m paying $90 at the airline to have this extra bag or extra weight,” he says, “I’d rather just have it where I can write it off as a business expense,” he says. 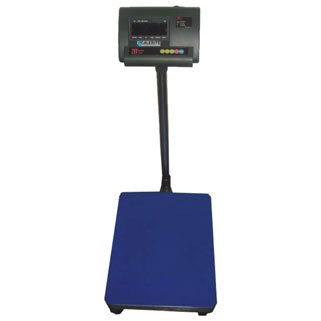 “Even though excess weight charges are extraordinary, the challenges with mailing bags still is greater,” says Gregurich, a sales director who lives in Manitowoc, Wis.

Shipping, he says, becomes a problem if he wants to pack an extra item at the last minute or needs to retrieve something from his suitcase.

Clarissa Cervantes, a photographer and researcher who lives and works in Beverly Hills, says that her equipment has often made her luggage heavy, along with all the souvenirs she tends to buy when she travels overseas. Still, she’d rather deal with the airline fees than ship.

“I’ve looked at the price; it’s just not worth it,” she says. “It takes more work, and it’s not as convenient as having the airline (transport the bags) for you.”

As for those overweight baggage fees, Cervantes says she’s found a solution — a luggage scale. If her bag goes over the 50-pound mark, she shifts items into her purse and carry-on to get the number down.

“Since I had that (scale), I’ve never had to pay any extra fees,” Cervantes says. “It was a little investment … but it saves you, in the long run, a lot of money.”